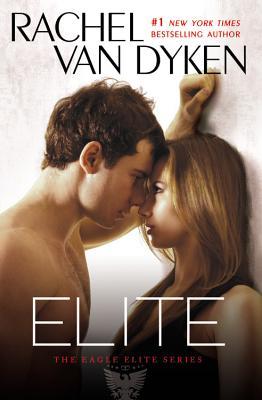 When I won the annual Eagle Elite College Scholarship lottery, I was thrilled. After all, my grandma had just died and I wanted to take care of my aging grandpa -- he couldn't be a farmer in Wyoming forever. And graduating from Eagle Elite meant opportunity.

But I wasn't counting on meeting Nixon.

Nor was I counting on the rules of the Elect.

And worst of all? Don't discover the secret they hide, because in the end, you may just realize... it's about you.

*This is a New Adult Book, blood, violence, cursing, sexual references, and drug use. Not recommended for those under 17.*

Wow! This book was totally addictive. I've had this on my kindle for a while, and finally took the plunge. But now that I've started this series, I'm hooked! And I'm so glad I decided to buy the other books in this series, because I'm going to fly through them.

So what's ELITE all about? It's the mafia, new adult style. It's secrets and lies. It's the push and pull of attraction and trust. It's a world turned upside-down. We've got friends, family, enemies or a crazy mix of all of the above. We've got painful humiliation combined with tender feelings and saucy humor. We've got violence and mayhem, but also calculated control and commendable sacrifice. Questionable choices? Yes. Irreparable choices? Unfortunately, yes. Heartache? Another yes. Combine that with exciting writing, and you've got the makings of insta-love. No, not insta-love between the book's characters. I'm talking insta-love between me and this series!

We've also got hardcore fascinating characters. Trace is entertaining and brave, yet vulnerable and honest. Nixon is practically bipolar, walking the line of psycho and sweet. And Nixon's group of Elite are just itching for their own books, because each is so unique and engrossing on their own. What makes these guys tick? What is the good and bad in them? What, if any, are their redeeming qualities? And when you see how it all unfolds, you might feel a little crazy alongside these guys. If I were Trace, I might have pulled a gun on them myself. This life is not easy. Not by a long shot. But oh so captivating. I stayed up until 2am to finish it, despite my early travel plans the next day. I just couldn't stop. And then I immediately wanted to start the next book. And the next. And the next. 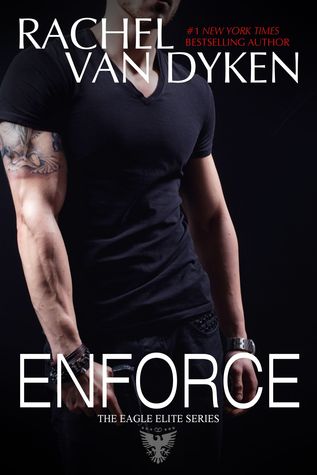 There’s two sides to every story...
And ours? Isn't pretty...
Then again, what's pretty about the mafia?
Trace Rooks, that’s what.
But she only wants one of us, and I'll kill him before I let him have her.
The only problem?
We're cousins.
And she may just be our long lost enemy.
Whoever said college was hard, clearly didn't attend Eagle Elite University.
Welcome to hell also known as the Mafia where blood is thicker than life, and to keep yours? Well, keep your friends close, and your enemies?
Even closer...

ENFORCE is basically ELITE from the guy's POV. But instead of being all repetition of the original book, I found this to be one of the best companion books I've read. While ELITE was just from Trace's POV, ENFORCE is not only from Nixon's POV, but from Chase, Phoenix and Tex's as well. And let me just say, if you liked ELITE, you have to read this book. It is completely eye-opening. It's the dark side of ELITE, and just Wow! The perspective, the fresh take on things, the glimpses into these men, their past and present, their upbringing, their mindset, was riveting. I learned things I hadn't a clue about, and it added layer upon layer to the storyline. I can't even imagine going through the rest of this series without reading this book. It was perfect!