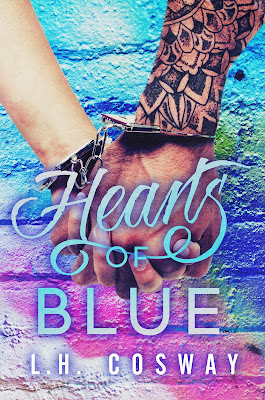 She upholds the law. He breaks it.

Two blue hearts, both alike in bravery
In not-so-fair London, where we lay our scene
From gun crime to petty theft
Where family is blood and survival makes hands unclean
In this place, we find two hearts who should be foes
And yet, amidst the turmoil their love still grows
Misadventure abounds and the divide will bring them strife
But with luck, death doesn’t always mean an end to life.

Hearts of Blue is a standalone contemporary romance that tells the story of star-crossed lovers Karla Sheehan and Lee Cross, a police constable and the thief who steals her heart.

I had been truly looking forward to Karla and Lee's story in 'Hearts of Blue' and I was not disappointed. Cosway has a beautiful way of allowing the reader to really walk in the shoes of her characters. This time around, we are journeying along with Karla the Police Officer and Lee the Criminal. We barely met these two in 'King of Hearts' and could already feel their chemistry then, so I knew their story would be good.

What I loved was the exploration of not just what these characters do (or did), but why they do it. The motivation, the desperation, the inclination, all of these and more are explored, and with that we get a much deeper picture of Lee and Karla. One minute I'm indignant alongside Karla, the next minute I'm sympathizing with Lee. Back and forth. Which at times made their relationship exhausting. But really, they had many, many obstacles to overcome, and quite honestly, I often wondered if they would get a happy ending.

But I genuinely loved getting to know Lee and Karla. Their romance was endearing but edgy. These two, I tell you, kept me on my toes. But when they were good, they were very good. They had a lovely chemistry and a real, deep-down respect for one another that was tangible. I could not help but root for them to finally have all their ducks line up. And let me reinforce, if I didn't mention it before, that I loved Lee Cross! Then add in some fantastic secondary characters (Hello, Cross Brothers!) and this was a truly enjoyable read.

While this one wasn't quite as "artsy" as the previous books in this series, I still really enjoyed it and loved Lee and Karla's story. I cannot wait to get my hands on the next books already hinted at to continue this series. 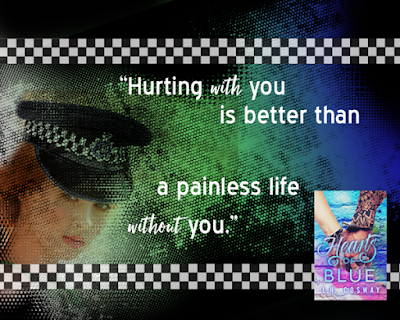 Lee didn’t answer, and instead he took a step forward, forcing me to back up if I didn’t want us to collide. The problem with this meant my back hit the wall a moment later.

“You’re so pretty, Snap,” he said, voice low, as he dropped his face to my hair and breathed in.

I wasn’t wearing a hat, and my hair was tied up in a bun. My entire body trembled when he wrapped his arms around my waist, inhaled deeply and pulled me into a hug. This was a distraction, I knew it, and yet, I let him distract me. I wanted to be distracted, and I was just glad that the blinds in his office had been pulled.

Standing in his embrace for at least a minute with silence all around us, I was unable to move. I liked having Lee close, loved the feel of him and how he could make feel so…surrounded. Despite all the warning signs, my attraction to him only grew stronger. There was just something about him that called to me.

His mouth moved against my hair. “What is it, Karla?”

“Why are you hugging me?”

“You looked like you needed to be held.” His response was low, and the affectionate undertone had me swallowing deeply. At long last I summoned the willpower to break the hug. His arms fell away from me easily, my stomach churning with confusion. What the hell was I doing?

I stared at the floor when I spoke. “I have to go.”

Heading for the door, I paused when he said gently, “Hey, I needed it, too.” 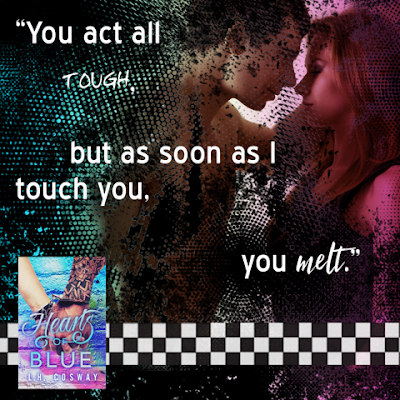 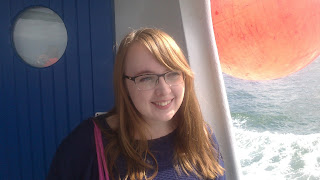 L.H. Cosway has a BA in English Literature and Greek and Roman Civilisation, and an MA in Postcolonial Literature. She lives in Dublin city. Her inspiration to write comes from music. Her favourite things in life include writing stories, vintage clothing, dark cabaret music, food, musical comedy, and of course, books. She thinks that imperfect people are the most interesting kind. They tell the best stories.


BONUS!
As a special treat, the author will write a bonus scene after the tour ends. There will be a poll on her FB page – to vote for the scene in which they would like to see in the male POV – winning scene will be announced at the end of the tour
https://www.facebook.com/LHCosway

Tour Poll for Male Pov Scene:
Which scene from Hearts of Blue would you most like to read from Lee’s perspective?
A.) The football riot scene.
B.) The warehouse rave scene.
C.) Karla & Lee’s ‘first time’ at the night club.
VOTE HERE