Happy Release Day to Heidi McLaughlin and her new book THIRD BASE! 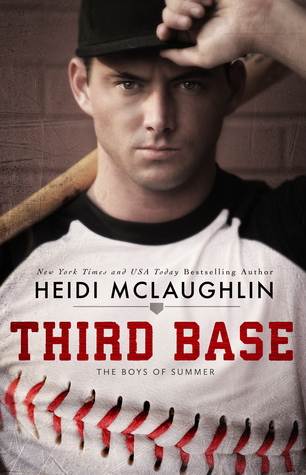 Ethan Davenport is already Boston’s most eligible bachelor. In his second season with the Boston Renegades he has set his eyes on the girl behind the visitors’ dugout.

That girl is Daisy Robinson, a journalism student at the University of Boston and a die-hard Renegades fan.

But with new found love comes challenges and Ethan and Daisy have to deal with his crazy schedule, school finals and his presence on her campus for some much needed media training.

For Ethan nothing can come between him and Daisy, until a secret that she’s been keeping threatens to destroy them both.

'Third Base' drew me in right from the beginning. It's a solid book for those who love baseball, but also for people like me who tolerate it. Because when an author writes excitedly about a subject, any subject, whether you know anything about it or not, that excitement is contagious. And in this case, Ethan's love for baseball comes through, pulling the reader right along with him.

But here we not only journey with Ethan and his life on the Boston Renegades, we partake in his new "relationship" with a certain fan he's had his eye on for a while. Actually, they've been eyeballing each other. And once Ethan finally puts some action behind his wishes, we get a very interesting journey into like, love, celebrity, secrets, and forgiveness.

I genuinely enjoyed getting to know Ethan. He's really a simple guy. He loves baseball. He loves his family. He loves women. He loves his team. He loves honesty. He's also imperfect. The boy does not walk on water, and perhaps here's where I had a small issue with him. He was built up so nicely in the beginning of the book, and at a certan point I had perhaps unrealistic expectations for him, due to how amazing he sounded. Turns out he's human. And I had some issues to work out. But I reread where my frustrations lied, and found myself softening slightly (saving him half a star, from the original star I dropped).

But really, Ethan is a great guy. And it's especially great that we get his POV. Only his POV, in fact. When we meet Daisy, I half expected the POV to change, as it so often does in these types of books. But I'm so glad this was not a dual POV book. It left us alongside Ethan getting to know Daisy. Now, I could see the writing on the wall way before Ethan ever did, but seeing his perspective and his almost naivete at how he handled Daisy, was another draw to reading this book. For once we get to see a guy have to work through a bunch of issues, and that was a refreshing change of pace.

Daisy was another story. Because we don't get her POV, and because Ethan is a celebrity and she is an enigma, I found myself not trusting her and her intentions. I felt protective of Ethan, this boy who loves baseball and is a genuinely kind-hearted guy. But I also loved seeing her from his eyes, and how his heart fell for her. I grew to like her and appreciate the struggle of her life, even though I didn't 100% trust her.

Their love story is not straight-forward. While there is a certain predictability, there are also some interesting turns of events. I found myself grinning from the sweetness, concerned over the bumps, shaking my head at the stupidity, smiling about the charitable, hurt over the heartbreak, and ultimately cheering for love to conquer all. I thought the baseball schedule and lifestyle brought new challenges, and made this story unique and engaging. If this is to be a series, I'm looking forward to whichever player is next. 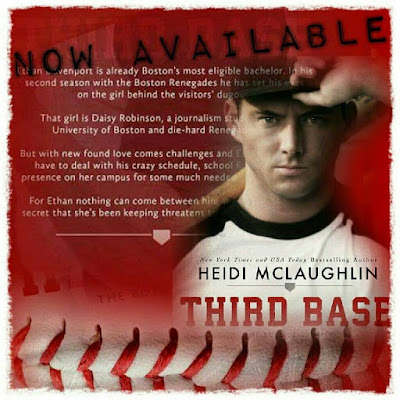 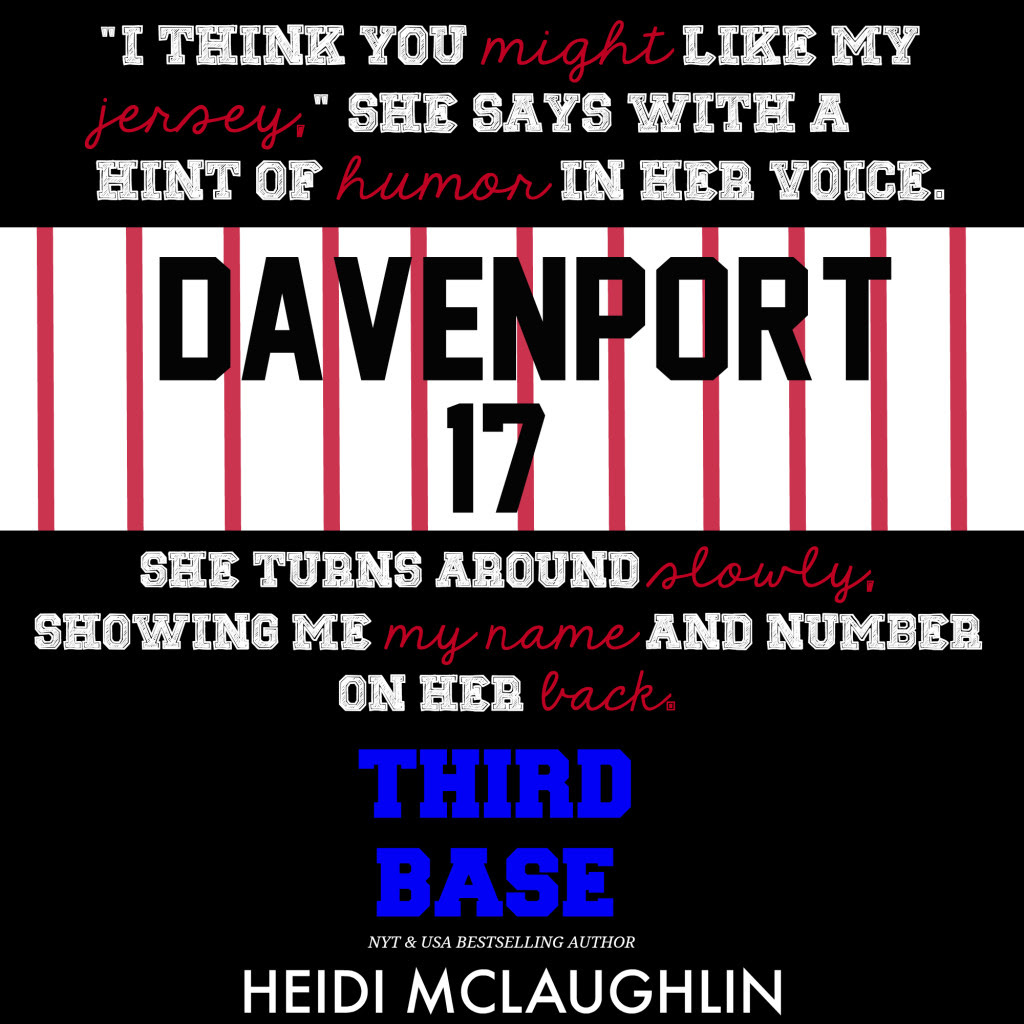 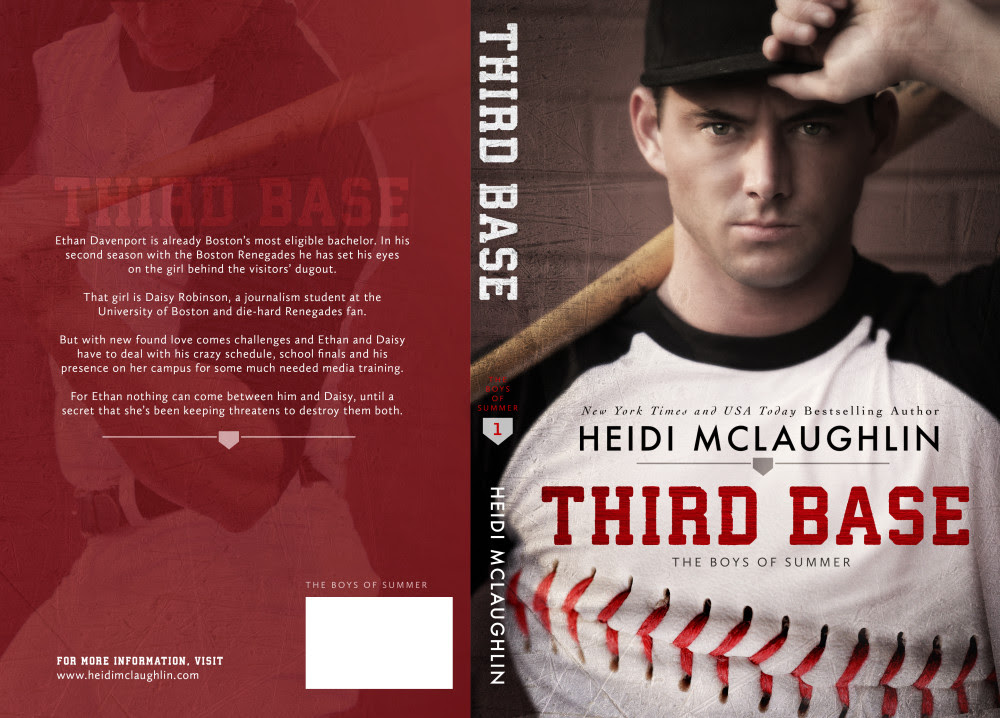 Heidi is a New York Times and USA Today Bestselling author.
Originally from Portland, Oregon and raised in the Pacific Northwest, she now lives in picturesque Vermont, with her husband and two daughters. Also renting space in their home is an over-hyper Beagle/Jack Russell, Buttercup, and their newest addition of a Highland Westie/Mini Schnauzer, JiLL.
During the day Heidi is behind a desk talking about Land Use. At night, she's writing one of the many stories planned for release or sitting courtside during either daughter's basketball games.
Website | Facebook | Twitter | Pinterest