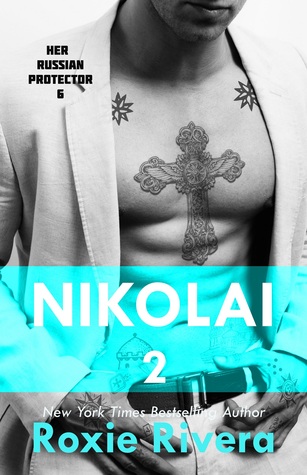 Claimed and cherished by Houston's most ruthless mob boss, artist Vivian Kalasnikov embraces her new position as Nikolai's wife and the lonely, dangerous role as queen of Houston's underworld. But Nikolai is keeping secrets from her, and the whispers of a coming street war leave her terrified for the man she so passionately loves—and the tiny life growing inside her.

Nikolai finally has everything he's ever wanted—power, wealth and a family with Vivian, the beautiful sun who lights up his dark life. But as his young wife prepares for her debut on the international art stage, he finds himself drawn into a bloody conflict that threatens the quiet life he's painstakingly built. He can feel the promise of his future happiness slipping through his fingers like grains of sand.

The sins of their fathers have come back to haunt Vivian and Nikolai. To protect his beloved wife and his heir, he'll do absolutely anything. The brutal gangster who violently conquered the streets of Moscow and Houston is about to be unleashed—and Houston's underworld will never be the same again.

Already being a fan of Nikolai and Vivian, I was really looking forward to this addition to the series. And a great addition it was! Nikolai and Vivian are married and in love. But life with a mob boss husband and too many secrets cannot an easy marriage make. Then add a baby on the way, and Nikolai and Vivian had a lot going on. But what I loved about this story is how they worked things out. It wasn't always easy, and they both made some bad choices that just added more fuel to the fire. But their love helped them keep their focus on each other, even while things around them were chaotic.

I felt like this story really pulled all the great elements of this series into one awesome book. We get the tender, passionate love story between Nikolai and Vivian. Even while working out the kinks of what it is to have a marriage in the mob, their love is felt deeply. We get great character development as we not only watch Nikolai and Vivian grow and change, but there are also great side characters whose roles are so important and impactful. I loved all the varying relationships. And of course we get the intensity that is Nikolai's mob life. I loved seeing Nikolai acting as a boss. He's tough and intimidating, and there's a reason he holds this position. But behind it all he has a heart, and I loved seeing the interworkings of everything. There are a lot of layers to this world. But where this story left us in the end - just beautiful. I'm so happy for Nikolai and Vivian.