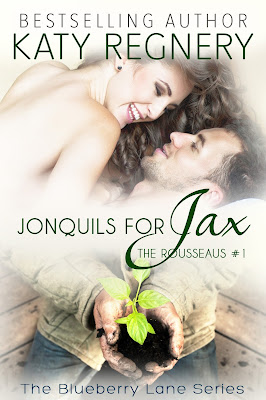 Did you fall in love with The English Brothers? Were you hot for the Winslows? Katy Regnery's New York Times bestselling Blueberry Lane series continues with The Rousseau siblings in Summer 2016!

Jacqueline "Jax" Rousseau is vivacious, rich, smart and beautiful, but that doesn't mean she's lucky in love: she's dated doctors, lawyers, actors and politicians who've all managed to end up disappointing her. In fact, she's on a self-imposed hiatus from love when she has an unpleasant run-in with her neighbor's gorgeous new landscaper, Gardener Lenox. Jax is not accustomed to gruff, ill-mannered men that can't be charmed, but when he saves her skin, she realizes that something about Gard intrigues her...and if she can find her way through the armor that surrounds his heart, she might finally find a love that won't let her down.

Jax and Gard's story was just the sweet romance I was hoping for. It was only natural for me to fall in love with this couple. One of the things I admire about Katy Regnery's writing is the incredible characters she creates and portrays. Jax and Gard are no exception.

Jacqueline "Jax" Rousseau and Gardener "Gard" Lenox unexpectedly meet in the moonlight, of all things. Both are searching for their place in life. Both had lives that seemed clear-cut for their futures, and yet here they are, each a little lost, seeking to define their lives once again. Is it coincidence or kismet that they should figure out their lives together? I say they were simply fated to find each other, and in that fate, find themselves.

Without giving away too much of the story, I simply want to say that I loved Jax and Gard. What a special couple they were. I loved how they grew together and strengthened one another. They were the perfect match for the other. It was very easy for me to get wrapped up in their story and I flew through the pages. In fact, I only wished there was more because I enjoyed it so much. I could have read many more pages of Jax and Gard. I'm hoping for more glimpses of them in the rest of the Rousseau series. 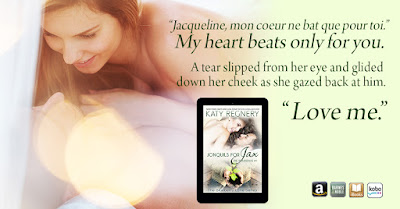 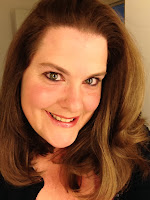 Now a hybrid author who publishes both independently and traditionally, Katy claims authorship of the six-book Heart of Montana series, the six-book English Brothers series, and a Kindle Worlds novella entitled "Four Weddings and a Fiasco: The Wedding Date," in addition to the standalone novels, Playing for Love at Deep Haven and Amazon bestseller, The Vixen and the Vet.

The Vixen and the Vet is included in the charity anthology Hometown Heroes: Hotter Ever After, and Katy's novella "Frosted" appeared in the Jan '15 anthology, Snowy Days Steamy Nights. Additionally, Katy's short story, "The Long Way Home" appeared in the first RWA anthology (Feb '15), Premiere.

Hosted by: Rock Star PR
Posted by Jenny @ Book Sojourner at 7:00 AM