Review: Close to You by Kristen Proby 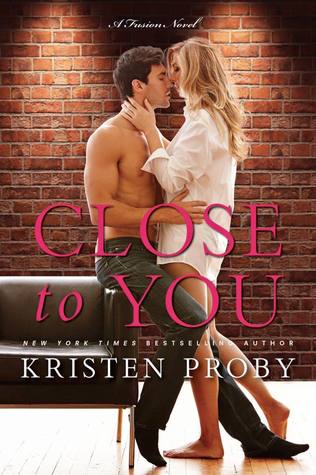 Camilla, “Cami,” LaRue was five years old when she first fell in love with Landon Palazzo. Everyone told her the puppy love would fade—they clearly never met Landon. When he left after graduation without a backward glance, she was heartbroken. But Cami grew up, moved on, and became part-owner of wildly popular restaurant Seduction. She has everything she could want...or so she thinks.

After spending the last 12 years as a Navy fighter pilot, Landon returns to Portland to take over the family construction business. When he catches a glimpse of little Cami LaRue, he realizes she’s not so little any more. He always had a soft spot for his little sister’s best friend, but nothing is soft now when he’s around the gorgeous restauranteur.

Landon isn’t going to pass up the chance to make the girl-next-door his. She’s never been one for romance, but he’s just the one to change her mind. Will seduction be just the name of her restaurant or will Cami let him get close enough to fulfill all her fantasies?

'Close to You' was my first Kristen Proby book. It's part of a companion series, about five friends who start a restaurant together, but I had no trouble reading it as a standalone. Cami is the accountant of the group, and her forever crush is Landon, a wounded Navy pilot, who also happens to be her best friend and co-restaurant-owner's brother.

This is essentially a light, sweet romance of friends who grew up together, liked each other from afar, but not until they were adults and had gone through some things on their own, did they finally get together. The characters are all likable for the most part. They go through things we can all relate to in one way or another. And the love story between Cami and Landon is sweet and something I easily cheered for. But if you're looking for angst, this one is way low on the angst scale. These are adults who know how to handle their problems for the most part, so when you have characters who are mature and know what they want in life and a relationship, you get a sweet read low on major conflict, and conflict that is easily resolved. And you know what? That's okay. Not every romance needs the hero and heroine acting like idiots. But just be warned, there isn't a lot of drama, though a few twists and turns were thrown in there for good measure.

Overall, I did enjoy this one. If you're looking for a light afternoon read, a sexy romance, and a sweet couple who can handle their drama, this one's for you.