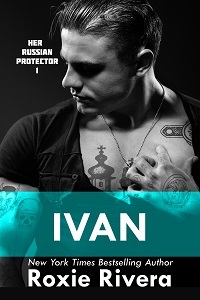 Desperate to find her sister, Erin goes to the only man in Houston who can help her--Ivan Markovic. The intimidating, tattooed Russian operates one of the most elite mixed-martial arts training centers in the world but it’s his shadowy past and reputed connections with Houston’s underworld that interest her most.

To find her sister, she’ll need the help of her big, scary Russian protector—but asking for help from a man like Ivan carries a steep price, one that might just include her heart.

I liked Ivan. It was a quick, entertaining, sexy novella. Ivan and Erin may have had a major case of insta-love, but I gotta admit, Ivan was pretty swoony. I wished there was more meat to the story, because I found the overall premise pretty intriguing. But this little novella has me hooked, and I definitely plan on continuing the series, because Ivan and his buddies and pretty cool. 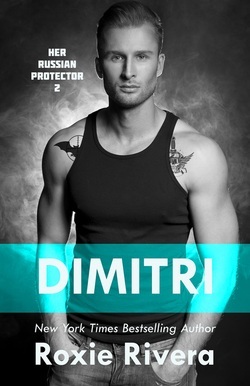 Refusing to lose her brother to the violent Hermanos street gang, Benny turns to Dimitri, the dead sexy Russian who lives in the apartment above her family's bakery. He's the only man tough enough to get through to Johnny and save him from a life in prison—or worse.

There's nothing Dimitri won't do for Benny, even if it means dealing with her troublemaking brother. He quickly realizes that it's not just Johnny and his thug friends that pose a threat to Benny. A shady real estate developer needs to buy her bakery to secure a multi-million dollar deal and he'll stop at nothing to make her sell.

Threatened from all sides, Benny finds safety in Dimitri's strong arms—and in his bed. Her big, sexy Russian has no intention of ever letting her go—and he'll brave the fires of hell before he lets anyone harm her.

Reader's Note: Dimitri is an incredibly passionate man with a dominant streak—and Benny is only too happy to indulge his need for a little…restraint.

I really enjoyed the overall storyline of Dimitri and Benny. I loved that they were friends first, both liking the other from afar, yet holding off on their feelings for one another until they just couldn't take it anymore. A little unplanned intervention from problem family members forcing them together didn't hurt. Benny and Dimitri had a great chemistry about them, and their feelings felt authentic. I did have to skim the repetitive sex scenes. Fewer scenes or more variety with the words/phrases used would have helped. Otherwise it was an exciting story and a great romance. 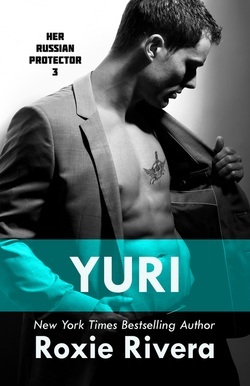 While clawing her way out of Houston's worst neighborhood, Lena vowed to never let any man have power over her. After a lifetime of broken promises from her criminal father and a mother who abandoned her, Lena believes that love makes you vulnerable. She's never been tempted to test that belief…until Yuri.

Sexy as sin and with a dark reputation, Russian billionaire Yuri Novakovsky survived a miserable childhood of poverty and neglect to ascend the pinnacle of success. He enjoys the perks of his massive wealth without much thought to the consequences…until Lena.

When Lena's father and cousin blunder into an international art theft operation, Yuri seizes his chance to be her protector. But when past misdeeds catch up with him and threaten Lena's safety, Yuri puts her love and trust in him to the test.

He'll show Lena he can be the man she needs—a man she can trust and depend upon—one sensual, wicked kiss at a time.

Yuri and Lena were a lot of fun. Having already met in the previous books, you could tell it was only a matter of time before these two got together. These two each had really rough childhoods, so one thing I really enjoyed about this story was how much they related to one another. And with that understanding of the other, they were able to help one another and it made their chemistry even more tangible. I could feel their bond and the building of their love and trust. Add in the excitement of the criminal activities around them, and this was a great read. I'm definitely sticking with this series.