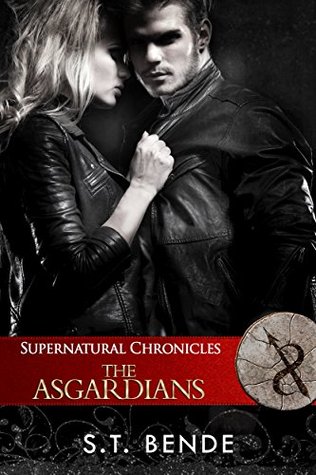 Inga Andersson just can’t catch a break. She’s supposed to be enjoying a ski week in beautiful Åre, Sweden, with her immortal-assassin-husband. Instead, she and Gunnar are trapped inside a bizarre scavenger hunt, unraveling an incomprehensible riddle at the bequest of a mysterious being. And if Inga and Gunnar don’t decipher the puzzle and deliver a mythological relic to a New Orleans graveyard within three days, they’ll be ejected from the Norse pantheon, stripped of their immortality, and cast as the solitary line of defense against the onslaught of frost giants and Helbeasts ready to bring about Midgard’s fall. What started as a party game has become a lethal challenge with irreparable consequences, not only for Inga, but for the god she loves . . . and the realm she adores.

Side Note: The Asgardians is the first Elsker/Aere crossover. It has Gunnar & Inga, and Henrik & Brynn all together! Another Aere Saga character might just make a guest appearance at the end, too. It's also different from the other stories. First of all, it's a novella, at only 20,000 words, so it's a quick read. Second, this story is part of a collection of stories written by a group of paranormal authors called #Dynamis. Supernatural Chronicles in New Orleans is a project in which each author takes their character(s) on a quest that ties in to one big, overarching #Dynamis story. So each story fits into each author's own world as well as fits into the group #Dynamis world.

'The Asgardians' was just the action-packed story I was hoping for. Despite being a novella, it was full of all the good things I like in a story: action and suspense, a couple in love, and sweet friendship. Having already loved Inga and Gunnar from Bende's Elsker series, taking this ride along with them made me fall for them even more. Seriously, I love Inga and Gunnar!

Here their vacation is interrupted by an Asgardian emergency, throwing them, along with Henrik and Brynn, into a non-stop quest of mystery solving and fierce action. With dark forces out to stop them, these four have to stick together or the consequences will be dire. I loved this journey and my only complaint is that I want another and another.

If this is your first ST Bende book, you are getting just a glimpse at the fantastic Norse world she's created in her books. And if you are already a fan, then you will love this little gem and some extra time with Inga, Gunnar, and friends. 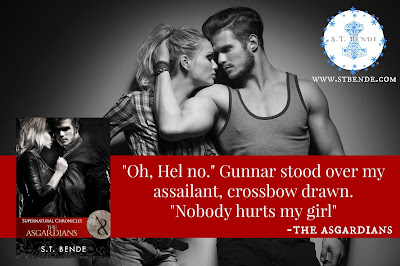