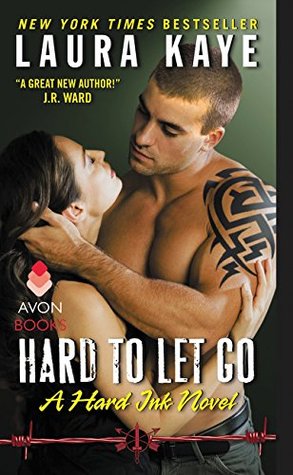 Five dishonored soldiers.
Former Special Forces.
One last mission.
These are the men of Hard Ink.

Beckett Murda hates to dwell on the past. But his investigation into the ambush that killed half his Special Forces team and ended his Army career gives him little choice. Just when his team learns how powerful their enemies are, hard-ass Beckett encounters the biggest complication yet—seductive, feisty Katherine Rixey.

A tough, stubborn prosecutor, Kat visits her brothers’ Hard Ink Tattoo following a bad break-up—and finds herself staring down the barrel of a stranger’s gun. Beckett is hard-bodied and sexy as hell, but he’s also the most infuriating man ever. Worse, Kat’s brothers are at war with criminals her office is investigating. When Kat joins the fight, she lands straight in Beckett’s sights—and his arms. Not to mention their enemies’ crosshairs.

Now Beckett and Kat must set aside their differences to work together, because the only thing sweeter than justice is finding love and never letting go.

The Hard Ink series hooked me, so getting to the culmination of events here in 'Hard to Let Go' was just what I'd been hoping for. The build-up of events from book one until now have been pretty epic. I've been on the edge of my seat waiting to see how everything would resolve. I've got to give props to Laura Kaye for creating such an engaging, fast-paced, suspenseful series that combines the strength of friendship and loyalty with the intensity of injustice and redemption with the power of passionate love. And 'Hard to Let Go' had all that in spades.

Beckett and Kat were by far the hottest couple of the series. Woo! My kindle almost caught on fire a couple of times there. Yowza! I loved the chemistry between these two. But beyond the physical, I really loved the emotional connection they had. They were able to reach beautiful depths with the other, and combined into a wonderful, supportive, and compassionate couple.

Then we have Beckett opening up about his past. This giant, gruff, quiet soldier, with layered walls protecting his abused heart, completely broke my heart. I've been wanting to know his story since the very start. His emotional journey touched me deeply. And those special moments between him and Marz. Oh my heart! Love those guys. Beckett and Marz for the win!

And then the conclusion. Wow! I won't give anything away. I'll just say I was impressed. I loved the suspense. I loved the action. I felt the intensity. And ultimately, I loved how it all came together. The only thing I'm bummed about is that this series is over. But I know there is a crossover book coming soon, 'Hard as Steel', which transitions to the Raven Riders series, so I'm hoping for lots of cameos in that series, and anything else Kaye wants to throw these guys into.

Hard As It Gets #1
My Review
Goodreads ~ Amazon

Hard As You Can #2
My Review
Goodreads ~ Amazon

Hard To Hold On To #2.5
My Review
Goodreads ~ Amazon

Hard To Come By #3
My Review
Goodreads ~ Amazon