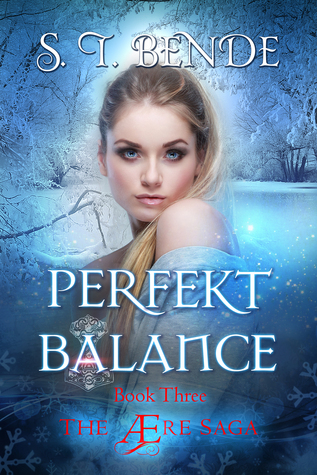 Become what you believe.

Elsa Fredriksen knows there’s a thin line between love and fear. As High Healer, she rights the wrongs committed by Asgard’s enemies. But even the gods’ secret weapon can’t undo every injury—especially when her fate is completely entwined with the god she’s trying to save.

Elsa’s in love with the Norse God of Justice. But Forse’s heart is ruled by fear—fear that the past will repeat itself; fear that opening his heart will compromise his ability to do his job; fear that he’ll hurt the one girl he desperately wants to protect. Again.

When Elsa faces off against the very monster she once swore to protect, her survival depends on a power she isn’t sure she can control. And when Forse’s worst nightmare unfolds in front of him, Elsa has to decide whether it’s more important to hold the realms in perfekt balance . . . or hold onto the guy she can’t imagine existing without.

This is such a fun series, full of Norse mythology, friendship, adventure, danger, and sweet romance. 'Perfekt Balance' is the third book in the Aere Saga, finally featuring Tyr's sister, Elsa, and the hot god of Justice, Forse. It was so great to finally dive into their story.

Elsa is such a sweetie, you can't help but love her. Her heart is so good, there's a reason she's a high healer. In fact, she's so great that I was quite frustrated with Forse for being so blind and stubborn by friend-zoning her. It was about time we got to the bottom of whatever was going on inside him so he could get his head out of whatever crevice it was hiding in. Though honestly, I wanted Elsa to give him more of a push. Her patience was never-ending. I guess Forse needed it. But I wanted her to goddess up and give him a bit of a kick in the right direction. Thankfully, her patience paid off.

Forse is the god of Justice for a reason. He's a genuinely good guy, plus he's super hot, and treats Elsa with the utmost care. Once he gets past his issues, he's a force to be reckoned with. But Forse was such a great guy, so I fully understand why Elsa was in love with him forever. Though, on a side note, during the storyline we meet one of Forse's exes. Honestly, I never really got why Forse and Rena were together. I was a bit confused because the match didn't make sense, but this line of thinking seemed to be glossed over as just Forse being a nice guy. It felt like Forse and Elsa should have always been the perfekt match.

One great thing about this story was watching Elsa come into so much more of her powers. She was already well accomplished in healing, but there was so much more she needed to tap into. She really had to figure out who she was practically on her own, and that was refreshing to see how strong her character was. She went against the violent grain and was able to use her strengths in a peaceful yet forceful fashion. I really liked that about her.

The action of the story was certainly intense. Honestly, it was nearly non-stop. There was hardly time to catch my breath. While there always seem to be forces of evil fighting against our heroes, this storyline had a bit of a twist on the usual good/bad power struggle. I thought this was a nice change, especially taking Elsa's character into account. Plus, there were a few really great twists in there, amping up my curiosity for future books.

I loved seeing the other characters we've gotten to know and love. I did, however, want more of everyone else. We spend a lot of time with Elsa, and I found myself missing evryone else when the gaps got too long. But it was definitely great seeing Tyr and Elsa's relationship, their insights into each other, and the great bond they shared. There were some really funny scenes between Tyr, Forse, and Elsa. I would catch myself grinning like a fool.

The ending was super, duper sweet. But I wanted more in the end betweeen Forse and Elsa. More time, that is. More pages and chapters of just them happy together. Don't get me wrong. What did happen between them was perfekt. I just wanted some more time with them before it ended. So much other friend-zoning and action happened during the story that I wanted the sweetness in the end to last a bit longer.

This is a fantastic series. I can't wait for the next story. I have my heart set on what I want to happen. Let's see if I'm right, or if I'm even in the ballpark... 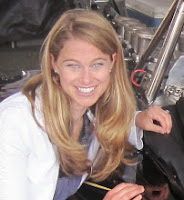