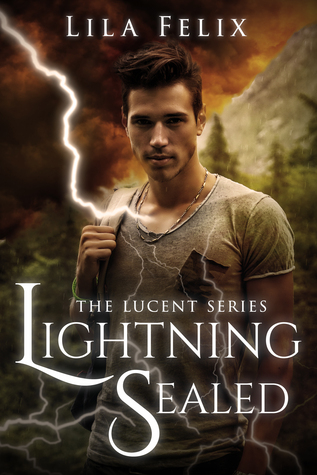 "No matter what his words conveyed, Theo would leave me soon. It was just a matter of time."

The Fray is calling Theo. Every day, the voices get louder. Every minute, he gets pulled closer. Every second, their love is tested. Their life is a constant question of who they can trust and who they can't.

Sanctum, Theo's brother and enemy, stalks them like a predator, waiting for his chance to pounce.

Colby will be left with a decision. She can wither like the mates of Eidolon before her or she can go after the Synod, the women who murdered her grandmother, while Theo is gone.

With Theo missing and Colby desperate, Sanctum is only too eager to fill in.

Outside of the slow start, overall I enjoyed this sequel even more than the first book. Colby and Theo are coming into their own. No longer ignoring their feelings for one another (mostly Colby's issue), now they not only look forward to life together, but have a greater purpose in life that goes beyond any personal happiness. But there are forces working against them. And those forces are working hard. But Theo and Colby are working not only just as hard, but even harder, to fight against the powers of their enemies. I particularly loved how Theo and Colby grew throughout this book. They've matured in tremendous ways, but have also stayed true to themselves. They also have a sweet tenderness to their relationship, and I loved them as a couple. Plus their real friends have stayed true to them, giving them great support. The revelations that ultimately come about in this story were fantastic. What started slow ended powerfully, and I'm excited to see how everything turns out in the final book.