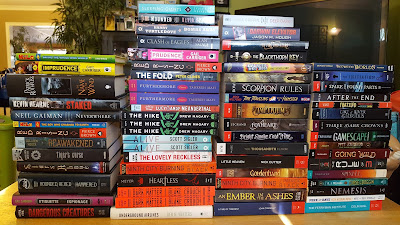 My family and I attended SDCC this past weekend and had a blast. Amongst many other fun things we saw and did, we scored a load of books and met some fantastic authors. This stack is an assortment of books I brought and bought and received for free, but mostly freebies. It was especially nice to get a variety of middle school, young adult, and adult books. Something for everyone in our family. 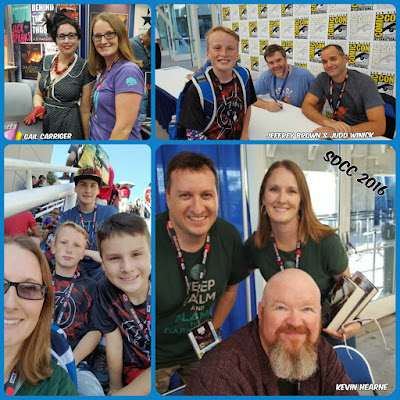 Books I Brought to Get *Signed*: