New Release: The Bird and the Sword by Amy Harmon 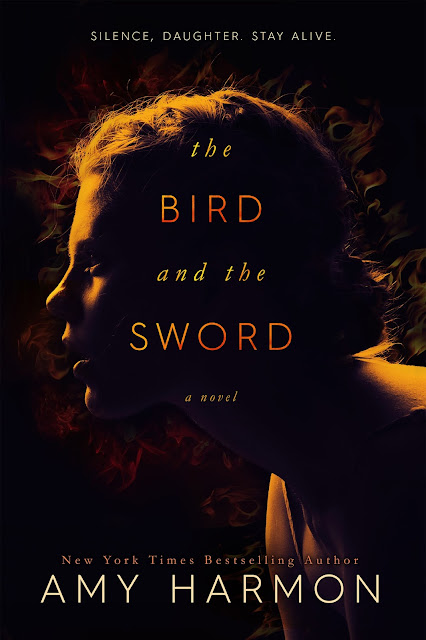 Swallow, daughter, pull them in, those words that sit upon your lips. Lock them deep inside your soul, hide them ‘til they’ve time to grow. Close your mouth upon the power, curse not, cure not, ‘til the hour. You won’t speak and you won’t tell, you won’t call on heaven or hell. You will learn and you will thrive. Silence, daughter. Stay alive.

The day my mother was killed, she told my father I wouldn’t speak again, and she told him if I died, he would die too. Then she predicted the king would sell his soul and lose his only son to the sky.

My father has a claim to the throne, and he is waiting in the shadows for all of my mother’s words to come to pass. He wants desperately to be king, and I just want to be free.

But freedom will require escape, and I’m a prisoner of my mother’s curse and my father’s greed. I can’t speak or make a sound, and I can’t wield a sword or beguile a king. In a land purged of enchantment, love might be the only magic left, and who could ever love . . . a little bird? 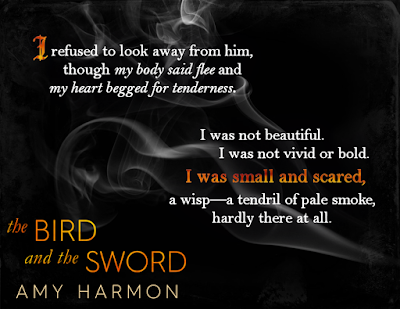 He waited for me to continue, but I was holding myself tightly, refusing to think at all, so I wouldn’t share more than I wanted to.

“They would have killed us. All of us. You saved so many.”

“I killed so many.” My voice snapped back at him, lashing out like a snake. He left his bed and came toward me. I turned and braced myself for his touch, but he stopped before he reached me.

“Yes. You did. It was like nothing I’ve ever seen before.” His tone was frank. Admiring. I wanted to scream. My fingers curled into fists at my sides.

“What?” he asked, surprise coloring the word.

I squeezed my eyes shut against the hot tears that rose immediately. I didn’t want to share any of this with him. But my thoughts were unruly, and he was listening intently.

“You are what you are. I am what I am. It matters little what we want.”

“I am not a weapon.” The words were a cry, mournful and resistant. I felt him draw closer, but still he didn’t touch me, and for that I was grateful. If he touched me I would break down.

“I never wanted to be king. But it is what I am. It matters little what we want,” he repeated. I turned and stared up into his face, filled with an anguish that wouldn’t abate.

“You’re wrong. It is the thing that matters most.”

“Why?” he murmured, his eyes intense.

“Because without desire, there is only duty.” My lips trembled, and I bit down on them, bidding them to be still.

He pressed a thumb against my mouth, freeing my lower lip from the grip of my teeth. “Do you desire me?”

I jerked, resisting the coiled need that suddenly sprang from my belly and filled my chest. His eyes flared and his breath caught, and I wondered what I’d given away. I could only guess. I stepped around him, but he caught me up, lifting me off the ground, one arm beneath my hips, one braced around my back. He walked back to the thick furs where he slept and laid me down on them.

“It is both,” he responded, his arrogance setting my teeth on edge. 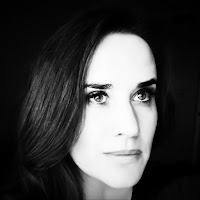 Amy Harmon is a Wall Street Journal, USA Today, and New York Times Bestselling author. Amy knew at an early age that writing was something she wanted to do, and she divided her time between writing songs and stories as she grew. Having grown up in the middle of wheat fields without a television, with only her books and her siblings to entertain her, she developed a strong sense of what made a good story. Her books are now being published in twelve countries, truly a dream come true for a little country girl from Levan, Utah.

Amy Harmon has written ten novels - the USA Today Bestsellers, Making Faces and Running Barefoot, as well as The Law of Moses, The Song of David, Infinity + One, Slow Dance in Purgatory, Prom Night in Purgatory, and the New York Times Bestseller, A Different Blue. Her newest release, The Bird and The Sword will be released in the spring of 2016. She will release From Sand and Ash in October of 2016, via Lake Union Publishing.