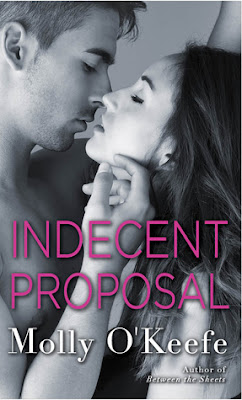 With his chiseled jaw and his thick blond hair, Harrison Montgomery was born to lead. Four generations of Montgomery men have served the state of Georgia and now he’s next in line. Harrison, though, is driven to right wrongs: namely to clean up the political mess left by his father’s greed and corruption. But Harrison must first win his congressional bid, and nothing can get in his way—not even an angel who served him whiskey and gave him a shoulder to lean on and a body to love for a night. Problem is, she’s pregnant. Scandal is brewing and there is only one solution: marriage.

Damage control? Ryan Kaminski can’t believe that a cold, calculating political animal now inhabits the body of the emotionally vulnerable stranger who’d given her the most unforgettable night of her life. Really, she doesn’t want anything from Harrison, except to be left alone to have her baby in peace. But Ryan is broke, jobless, and essentially blackmailed by Harrison’s desperate family to accept this crazy marriage deal. For two years, she will have to act the role of caring, supportive wife. But what is Ryan supposed to do when she realizes that, deep in her heart, she’s falling in love.

This was a great book where two people meet and have instant chemistry, but it's just for a night. They are two strangers living in different worlds. But when an accidental pregnancy and a nosy brother force these two back together, there's a lot of misunderstanding, misconceptions, and mistrust to wade through. But there are deeper feelings than either is willing to admit in the beginning, especially with political craziness and obnoxious family members interfering with the kindling of their relationship. But what started as a one time fling and an accident, turned out to be a perfect match for Ryan and Harrison.

I absolutely loved Ryan. She made this book! Her character is layered. She has flaws, but has overcome so much. She's the breath of fresh air that Harrison didn't know he needed. Harrison was fine. I liked him. But he had so much garbage from his upbringing to overcome that it took him a while to really hit his stride and start to become the man he needed to be. Thankfully, with a little help, he got it together. But Ryan was awesome. She saved Harrison. She found herself. She's reason alone to read this book.