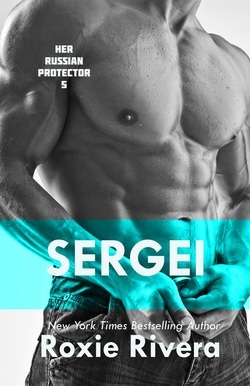 After losing her older brother in a violent robbery, wedding gown designer Bianca Bradshaw refuses to date men with criminal ties. She's never been tempted to cross that line—until Sergei.

The Russian behemoth works as an enforcer for mob boss Nikolai Kalasnikov and fights as his champion in the underground bare-knuckle circuit. Sergei is absolutely the last complication she needs in her life—but he's the only man who makes her body ache with desire.

And right now she needs his help.

When he learns some creep is bothering Bianca, Sergei Sakharov vows to protect her at all costs. He's been trying to get close to the plus-sized beauty for months but she rejects him at every turn. He's determined to show her that he's worth more as a man than his criminal connections.

But Sergei's loyalty to his family—both blood and criminal—put him at odds with the future he wants with Bianca. He has to choose—the woman he desperately loves or his loyalty to the man who saved his life.

It was so nice to get Sergei and Bianca's story. I love inter-racial relationships, so when I find one in a book, I hope it doesn't disappoint. And this one did not. I loved Sergei and Bianca.

Sergei is this sweet giant. When he falls, he falls hard. Bianca had his attention from day one, and after his months of patience, he was ready to lay his cards out and make his play. Bianca had a legit reason for avoiding the mob protector. But who could resist Sergei? Both had heartbreaking pasts, but the best thing about them is how strong their characters were individually. No wonder the attraction was strong.

Bianca was also a curvy, bigger girl. I loved how her character was written. We had honest insecurities, but over and above those insecurities, we had a confident, strong woman. A talented business woman. A woman who shoved those insecurities aside and was awesome. And Sergei knew just how to ishow this curvy gal how much he loved her just the way she was. They were a great match.

Sergei was also an owned man. A big, big man. A bare-knuckle underground fighter. But also a sensitive man beneath the buff exterior. A sensual man who knew all the buttons to push on his woman. And he knew just how to show his curvy gal how much he loved her just the way she was. But when would he get his freedom?

The plot had a nice mix of love story and mystery. A creepy prowler and irritating exes. Lots of gang problems. But also the camaraderie of the previous couples we have come to love. I loved catching up with them, and seeing how everyone is growing and moving forward in their own ways. The ending was perfect. 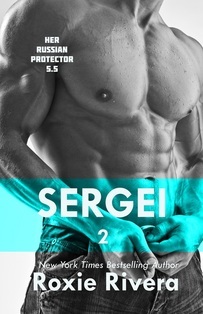 Wedding dress designer and boutique owner Bianca Bradshaw always plays by the rules—until Sergei. The Russian behemoth broke down the walls guarding her heart as easily as he kicked down her front door. After a wild, passionate love affair that's the talk of Houston's underworld leaves them facing an unplanned but very much wanted pregnancy, Bianca can't imagine a single day without Sergei in her life—and in her bed.

Freed from the clutches of the Russian mob by her tenacious love, former enforcer and prize fighter Sergei Sakharov intends to give Bianca exactly what she wants. He's going to make that luscious, curvy beauty his wife and spend the rest of his life making her happy.

Or, at least, that's the plan.

But Sergei quickly learns that no one ever really gets out of the life. When unfinished business threatens the family he's trying to build with the woman who forever holds his heart, he'll have to make a hard choice. To protect his pregnant wife, there is no line Sergei won't cross.

This is the continuing story of Sergei and Bianca, which picks up right after the first book. Since I already liked Sergei and Bianca, I had no problem continuing along with them. They are in love. Deeply in love. But also facing a surprise pregnancy. Along with a new pregnancy, we also get to meet Sergei's family, which brings its own twists. And, of course, Sergei's debt may have been paid, but one is never truly out of the mob. There are still threats to Sergei and Bianca.

Though at times there was a lot going on, overall this was actually a more mellow book than the first one. I felt like I got to hang out with Sergei and Bianca more, seeing how they handle life and changes and planning for the future. I enjoyed seeing their relationship grow. I was excited along with them about their pregnancy. And when difficulties and terror arose, I felt the tension with them.

Overall, this was a special treat, seeing Sergei and Bianca's continuing love story. I loved the twists with the pregnancy. As usual, I loved Sergei. And as usual, I loved seeing the other couples and characters, even the new ones.